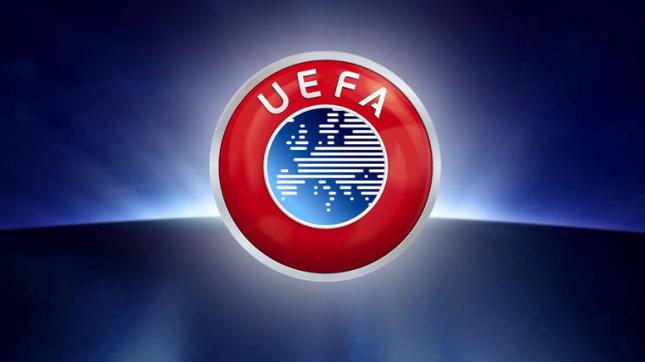 This week has seen two of the best Champions League semi finals ever. With both remaining English clubs facing difficult second legs, they each came up with the goods and in dramatic fashion.

Last night, Arsenal and Chelsea were in a position to replicate the fortunes of Liverpool on Tuesday and Tottenham Hotspur on Wednesday. With each having a very good chance of making the Europa League Final they delivered when it mattered.

Now, with all European finalists being from the same country, English teams have made history. It is of course made more possible when teams from that country are rewarded more places than most.

That is the way European football is currently set up and in the future that is only likely to favour the elite further. I may complain, but even with the four places Scotland are currently allocated, there’s generally a fairly poor showing by our clubs year after year.

This season Rangers made the group stage of the Europa League, but no further. Aberdeen exited in the second qualifying round at the hands of Burnley, whilst Hibs lost to Ole Gunnar Solksjaer’s Molde in the third qualifying round.

Scottish teams need to do better. Much better.

Celtic are no exception. Whilst we have been flying the flag in the European group stages and occasionally beyond, we haven’t made much progress.

We thought Brendan Rodgers was going to be the answer to that. He wasn’t and the next manager will need to be or we will be back to square one again.

There is plenty of inspiration out there right now. Even though all the English clubs are well endowed with large revenue streams, it is their fighting spirit over the last three nights that I’ve found encouraging.

We know that Europe favours the elite, but what I’ve seen this week has been more about character and belief. Even with injuries and suspensions, these teams have taken it to the wire.

Ajax were the surprise package in the Champions League this season and many would like to have seen them in the final. As one of their players said, it was “like a fairytale” “with an unhappy ending”.

The Eredivisie may not be in the top five elite, but they’ve got more potential than many other leagues. Ajax are also producing talent, profiting greatly from it and reinvesting that money – that’s why they are where they are.

For Celtic, the question has to be what can we do within our means to get closer to that? We can’t do anything for the rest of the country.

It is up to those clubs to make in roads themselves. We’ve called for reform to improve the game, but it falls on deaf ears every time.

We need to improve competitiveness and make our league more attractive to investors. Celtic’s domination may not be viewed as being good for the game, but we’ve got there on our own, whilst the rest of Scottish football accepts what comes their way.

Celtic didn’t cheat there way into this position. We’ve had to cut our cloth accordingly and we remain in good financial shape.

Unfortunately, the business climate is not great in Scottish football. Our governing bodies hold back the game as well.

We have weak TV deals, poor stadiums, a shoddy infrastructure and leadership that lacks integrity and professionalism. This will continue to be the case until someone starts thinking outside the box and about ensuring a better future.

A lot of credit must go to Celtic for doing what they do for us. We are big fish in a very small pond but we remain at the top.

European football will always be a playground where we will need to punch above our weight. From time to time we can do that because like some of those results seen this week, Celtic are a special club.

It would be foolish to dine on that though. The club have to be doing everything in their power to deliver and not just to throw down the gauntlet to the players and hope for the best.

We may not be Ajax, but we could take a leaf out of their book. There is still much to be done at Celtic Football Club.

Last week we secured our 8th title in a row which was also our 50th overall. In two weeks time we have a chance to win an unprecedented treble treble.

Next season we will hopefully be defending that achievement. We must also make progress in Europe.

The summer months should be busy. Business must be done fast and be prepared for the early European qualifiers.

It’s a long and tiring road to the group stages of the Champions or Europa Leagues if we can make either. We are well used to that by now and we must improve upon recent attempts on the European stage whoever takes charge.