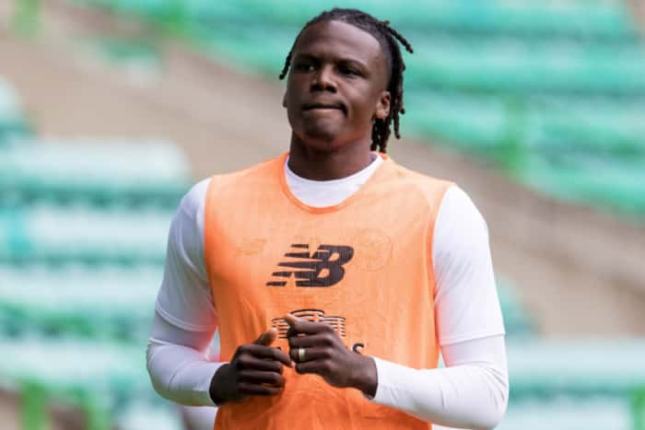 Yesterday, Brendan Rodgers claimed that Dedryck Boyata would be back in contention for the upcoming game against FK Suduva. Before that statement, I was all but convinced he’d never don the Hoops ever again.

His banishment to the development side is clearly for making the “mistake” Brendan refers to. From the managers own words it suggested possible interference from the player’s agent.

Brendan stated “It wasn’t just about him, other people were around the situation.” That indicates other influences and with his head elsewhere the decision to exile him was probably the right one despite the damage it has caused, albeit temporary.

Now it seems the Belgian will resume first team training on Monday with the rest of the squad. It’s quite the turn around, but the question some will be wondering now is will Boyata stay or will he go?

With less than two weeks to go until the Transfer Window closes, there is every chance Boyata could still leave. Brendan seems adamant that he wants him to stay and rates him highly.

If he does stay then the next question is will that be to run his contract down or will he get/sign a new deal? There is also the possibility he could leave in January.

Some of these decisions could be around whether Celtic get into the Europa League Group Stage and progress from it beyond Christmas. With that as a potential incentive, Boyata may sign a new contract or just see out the current one.

I can’t help but think that this whole situation has left a bad taste in the mouth. As Brendan said though, every player has a right to redeem themself.

What has actually gone on we can only speculate. For now, Boyata is our player and it is highly likely that he will play in Lithuania on Thursday.

Should Boyata be sticking around I don’t see Celtic buying another centre half this season. In fact, I’m not sure if we will recruit anyone else until our position in Europe has been finalised.

The most important thing for the club is to be involved in Europe. The fans want it and it is essential to player development and the business side of the club.

Our focus now must be 100% on beating Suduva over two legs. Reaching the Group Stage of the Europa League would be huge boost for everyone.