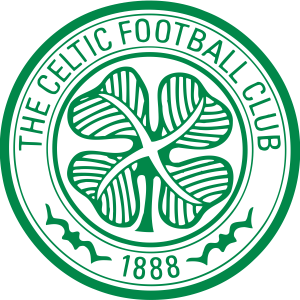 Celtic shrugged off all the negativity last night and did their talking on the park. There were some fine moments for the fans to enjoy including new century Bhoy, Leigh Griffiths.

Last weeks 1-1 draw in Lithuania wasn’t ideal. However, Celtic showed character, domination and perseverance for 90+ minutes to get the result they needed.

Goal number one came courtesy of a Leigh Griffiths free-kick in the 27th minute. Callum McGregor won a foul outside the box and Leigh converted to score his 100th goal for the club and join an exclusive list of former Celts.

McGregor went from goal maker to goal taker for the second. Seven minutes after the restart the Celtic midfielder received the ball from Scott Sinclair to slot home a low finish from inside the box.

Celtic’s third and final goal came from the unlikeliest of players in Kris Ajer. The big man was in the box to the left of the goal and out-jumped his man to head home a bit of a fluke.

Nonetheless, it was his goal. Celtic could have had many more, but it was job done without the aid of either of Celtic’s French strikers.

There were some notable performances though. Sinclair looked hungry, Brown was at his best, Johnston had a good second half, Ntcham was dominant and McGregor was lively.

Celtic’s defence had very little to do. Boyata was almost playing a sweeper role with the rest of the defence playing higher up the park.

That allowed Lustig and Tierney to support the attacking play. It was good for McGregor to get another European goal, Leigh to get his 100th Celtic goal and Ajer to get off the mark.

Even Celtic’s subs were in good form. Ryan Christie was very effective, as was Emilio Izaguirre.

Hayes came on as well, but he seems to lacking match sharpness by the looks of things. Still early in the season though.

And so to today’s draw. The Europa League draw took place in Monaco where Celtic learned of their three group opponents.

Celtic were dropped into Group B which already had RB Salzburg from Pot 1. From Pot 3 came RB Leipzig and finally our old Scandinavian foes Rosenborg from Pot 4.

It isn’t a bad group to be honest and our chances of qualifying are good so long as things settle down back at the ranch. We’ve had far too much disruption over the summer.

Today the transfer window closes and the club have to unsettled players in the ranks. Neither of which Brendan Rodgers appears happy to lose without ample replacements.

He has drafted in former Kilmarnock and West Brom midfielder, Youssuff Mulumbu on a free transfer and supposedly taking young defender Filip Benkovic on loan from Leicester City before the end of today. On their way out is Calvin Miller on loan to Dundee, but we are no closer to discovering whether a petulant Dembele, misled Boyata or anyone else will be on their way out.

Once this window is shut we can concentrate on Sunday’s show down with our fellow Europa League associates from Ibrox. This should be a very good game.