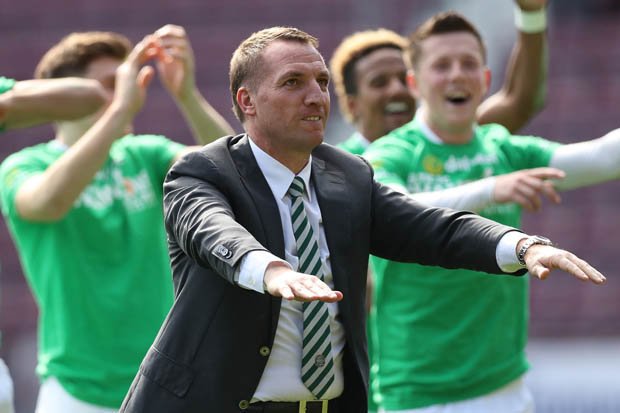 A few people have been getting hot under the collar about Dermot Desmond. After comments made by the major shareholder that he wouldn’t stand in the Brendan Rodgers’ way to talk to Arsenal, some supporters have been showing their dismay.

It isn’t the first time Rodgers has been linked away from the club. Martin O’Neill went through the same rigmarole during his time at the club.

The landscape has changed since then and the way to deal with these stories is to let them play out. So I have no issues with Desmond being open about it.

Brendan has rebuilt his reputation after exiting Liverpool. He had a good spell there and people are adding that to his domestic success at Celtic.

If Arsenal truly do want Brendan as Arsene Wenger’s successor they might want to see him prove his worth in Europe first. At Celtic he’s made slow progress in that area and a little more with Liverpool.

That isn’t to say that with a bigger budget and more options in the transfer market with Arsenal he couldn’t make a success of it. If he had fewer limitations at Celtic, he might even close that gap with Europe’s elite clubs.

As Dermot said though it’s up to Brendan. Furthermore is whether there is even any genuine interest.

I’ve always maintained that Arsenal would probably go contintenal again. No offence to Brendan, but all the top clubs in England have foreign coaches.

Do Arsenal see Brendan as the man to take on Conte, Guardiola, Mourinho and Pocchetino? I dont.

Brendan can cut it in England as he’s shown, but clubs like Arsenal will be looking to win the league and progress in Europe. Brendan came close with Liverpool, but he still didn’t win anything.

What Liverpool probably should’ve done was stick by him. I’m not even sure if Arsenal fans are in favour of the rumoured story.

If the club were willing to stick by him then yes, I think he could do a good job in London long-term. My instincts tell me that they’ll go contintental though and aim to make an immediate impact.

Arsenal have lost ground in Wenger’s later years. His exit is long overdue.

We all know that Brendan won’t be here forever. I don’t think he’s going anywhere yet though.

He’s already writing history at Celtic Park and there is more to come. And let’s not forget, he’s signed on for five years and he can still have his day in the south or overseas after he’s sealed 10-in-a-row.

Sure, he can be bought out of his contract if required or he might even have a release clause. Does he want to walk away now or finish off the job he started though?