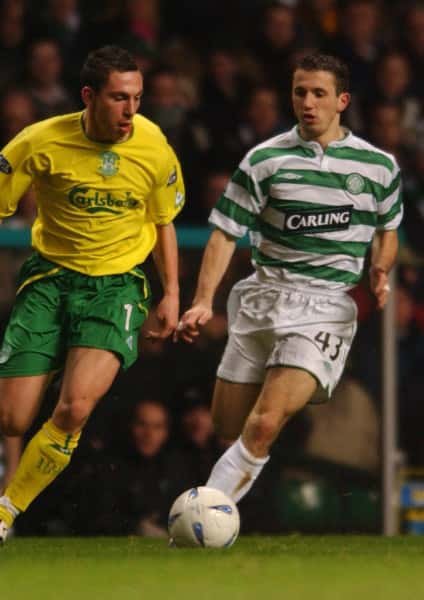 When I heard about the details of Celtic club captain Scott Brown’s testimonial match, I was blown away by the gesture. We all know these kind of matches are rare in the modern-day so it has to be somewhat justified.

With the proceeds rarely finding their way into that players pocket, as they did in years gone by, it takes something special for the match to attract people and serve a purpose. However, sports bet company Paddy Power Betfair employed one of their columnists to write a piece on the upcoming occasion.

Now it must be said that Paddy Power Betfair are well-known for courting the controversial. They have a penchant for ruffling feathers and there appears to be no sign of that ever-changing given how long they’ve maintained this practice.

On this particular occasion though, it isn’t an insensitive advertisement or a controversial odds offer. Instead, Limerick freelancer, Andrew Cunneen wrote a critical piece on the planned testimonial match.

It’s worth noting that the guy clearly isn’t a big Celtic fan. If he was, he’d be over the moon at his country playing a club he supported.

However, Cunneen sees this Celtic v Republic of Ireland match as a blatant opportunity for a republican, political sing-song. Not to mention that Scott Brown has no links with the Irish national side or that Martin O’Neill’s links are barely “credible.”

Well, I’ve been to a fair few testimonials over the years, particularly when they were more common. Even in back then there were generally no links between the player and the opposition.

In all of the Celtic hosted testimonials dating back to 1909, only two featured teams where the player of honour played for both teams at some point in their career. Pat Stanton (Hibs) and Paddy Bonner (Republic of Ireland).

Like Bonner, Jackie McNamara also had his testimonial against our friends across the Irish Sea. Does it really matter about personal links though?

Celtic have played Arsenal, Liverpool and Manchester United in several testimonials without any of the celebrated players having played for them. Even Newcastle United, Bayern Munich, Real Madrid and Nottingham Forrest have been guests or hosts at one time or another.

The point is Celtic have been invited to many a testimonial and friendly when they’ve had no links with the player. What has been counted on is the support that they bring with them.

Cunneen even suggested that if Brown was to play any international team it should’ve been Scotland. It sounds like the obvious choice, but it’s also the wrong choice.

I doubt many Scotland fans would turn up for that one. Particularly the blue half of Glasgow or any of those Scotland fans whose clubs have suffered at the hands of Broony on domestic duty.

If Cunneen can’t quantify that then I have to assume that his football knowledge (particularly in Scotland) is fairly basic. The fact that he has branded this meet-up as a “cringe-fest” and a “PR exercise that will backfire brilliantly” makes you wonder if someone shat in his pint of Guinness on St Patrick’s Day.

I mean did someone in the Celtic boardroom do a number on one of Cunneen’s relatives or something? I’d normally out him for being a closet hun, but I think he’s just got a few issues or trying to endear himself to the Paddy Power Betfair hierarchy.

With the Republic of Ireland there is of course a huge link to Celtic and its foundations. That’s a fact nobody needs to pedal, except perhaps to Cunneen.

He clearly abhors the idea of Celtic and Ireland in the same stadium. Perhaps he should set-up a blockade preventing all Irish people from going to Celtic Park on match days.

The most significant feature of his March 26th column was the fact that he failed to mention one of the key beneficiaries of this forthcoming celebration. The family of one of his very own countrymen.

Liam Miller represented both Celtic and the Republic of Ireland. He died last month just days before what would have been his 37th birthday.

Despite cutting his ties with Celtic so soon after gaining first team success, his career continued without the progression he might have experienced in Glasgow. Many a Celtic fan felt bitter about his decision to leave (myself included) having been supported by the club through tough times.

Any residual bitterness simmered when it was announced he was seriously ill. Upon Liam’s death, all animosity was gone forever.

That’s football. That’s the reality of life and death.

Of course, Cunneen fails to mention any of this. Or the fact that Brown and Miller have each played for Celtic and Hibernian, albeit at alternating times.

They had their final meeting in the summer of 2011. Miller had just recently moved to Perth Glory from Hibernian and Celtic were on a pre-season tour in Australia.

So is this really a cringe-fest or is it a gesture worthy of a little bit more respect? For two players who served the same clubs and match days, but ultimately carved out different career paths.

It is a tremendous touch by Scott Brown, Celtic and the Republic of Ireland to honour a fallen player. A young fella who was taken from his family and friends so early in his life.

Shame on you for trying to sour the occasion, Cunneen. Shame on Paddy Power Betfair for promoting it.