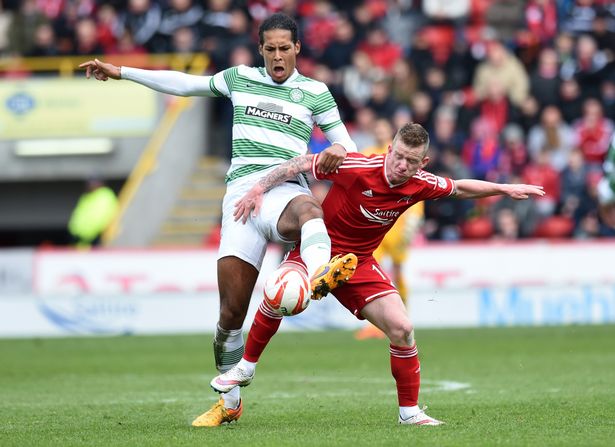 There was good news and bad news for Celtic on Wednesday. From a financial point of view and on the injury front.

As stories began to develop of ex-Celt, Virgil van Dijk’s proposed move to Liverpool, calculators were clicking away at Celtic’s potential slice of the fee. Celtic installed a sell on clause when they sold Virgil to Southampton and now they are about to benefit from this world record transfer for a defender.

This is how Celtic do their business in the modern-day. For a club in their position it is a smart thing to do and now there’s an amount not far off £10M headed from Southampton to Glasgow via Liverpool.

I wouldn’t go assuming that money will go straight into the player purchase fund. Football is a business and business doesn’t work that way.

It’s a nice little profit for sure, but I’m fairly certain that player budgets for this season have already been set. The windfall may help to boost summer spending, but right now I’m not expecting any monumental moves in the transfer market by Celtic.

The second piece of news for Celtic wasn’t so good. Word had been circulating about Jonny Hayes’ scan update for a few hours before the club made an announcement, but Celtic eventually confirmed the Irish internationalist will be out for the rest of the season with a broken leg.

Brendan Rodgers had played down speculation until the scan was done hoping that it might just be bruising. Verification of the injury is a huge blow for Hayes.

Some Celtic fans don’t see this injury as a huge loss to the team. I actually think the opposite.

We know Hayes hasn’t set the game alight since his arrival in the summer. He just got off the mark at the weekend though and a huge weight must have been lifted from his shoulders.

The way his team mates celebrated with him after scoring that goal against Aberdeen showed the support he has from within the squad. To see him stretchered off the following game must have been devastating.

Jonny might have pushed from here and finished the season on a high. He was certainly heavily involved in the Dundee match before the clash with Josh Meekings, but I guess we’ll never know.

We can only wish him a speedy recovery and hope to see him back in the summer. I’m sure the rest of the squad will be out there playing for him in every game from now until the end of the season.