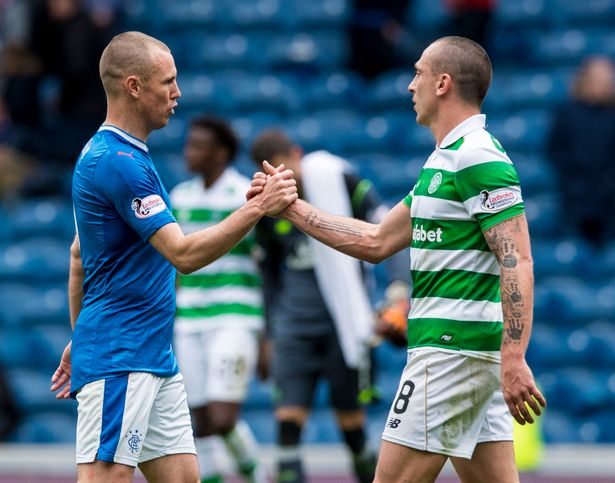 I’m not talking about that perma-tanned expression he wears. Just that he’s not letting Sunday go.

I get it, he’s pissed at losing. Who wouldn’t be?

He hasn’t let go of the Simunovic tackle. Now he’s added that Broony ‘knew what he was doing ‘.

The comment relates to a tangle between the two former Hibernian players. Both are playing for the ball, but Miller claims Broony deliberately used his arm/elbow on him.

Firstly, Brown isn’t raising his arms. Secondly, Miller is stooping into the challenge.

Who sounds the more guilty? Or better put, who is looking to get something out of it?

I get Miller’s frustration I really do. These post match claims sound nothing other than sour grapes.

As physical as Broony is, Miller isn’t shy of the playing the physical game either. He’s quick and aggressive, even at 37, so pot, kettle etc.

He was outraged when zero action was taken upon Celtic players. Might it just be frustration due to the fact he gave it his all whilst his team mates let them down?

I’d say so. Miller got the consolation goal because he was deteremined and driven which is more than can be said for his team mates.

Kenny Miller needs to wind his long orange neck in. His team were beaten fair and square.

Broony and Jozo have nothing to answer for. Dry your eyes.