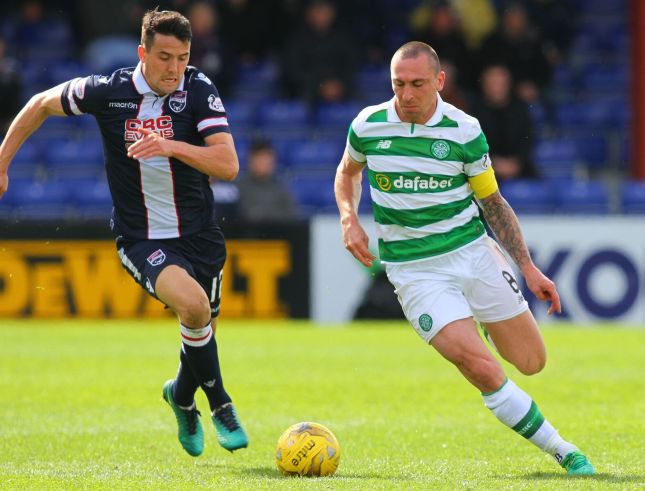 I don’t know the details of what occurred during Scott Brown’s appeal hearing today. All I can assume is that those persons presenting the case would be armed to the teeth.

For many, Celtic were just exercising their right to appeal and in doing so, getting their captain off the hook for a key fixture. As today’s outcome has shown, this clearly wasn’t the case.

Brown’s challenge was judged to have been a red card offence. Up against a whole host of similar, if not worse tackles, there was a case to be heard.

Some officials have been involved with multiple incidents. That is a real concern when you consider they are being handed big matches.

Celtic are right to challenge if there is a case to answer. Not something that has been reflected by the other half of Glasgow this evening.

CQN Magazine earlier documented the reaction to this decision. I’m not sure what I am more surprised at though to be honest.

The fact that the appeal was successful? Or the plethora of absurdities being levelled by the zombies?

I mean, some of it is quite incredible. To use phrases such as “establishment club” and “untouchable” is farcical.

They seeem to forget the recent history of Scottish football. If this mob think that by Celtic challenging an incompetent and outdated governing body and winning is bad for Scottish football then they need to think outside the box a bit more.

Celtic never have and never will control the SFA, SPFL or the SMSM. That was your old club and look what became if them, zombies.

History has shown us how inept and unprofessional the governing bodies are. That should be a signal for all other clubs to up their game.

Together we might just be able to change our game for the better. We cannot do it alone though.

Putting rivalry to one side, there is a severe lack of consistency in the officiating of our game. In fact it goes way beyond that, be it to the benefit of one club or just widespread incompetence.

Are Celtic wrong to challenge this? By succeeding, does that imply the club are cheating?

No it does not. We are fighting our corner in broad daylight.

If the zombies have an issue with either of those points, they should refer to history. Some of this has been exposed and resolved, whilst the rest remains ongoing to this day.

Celtic will continue to fight the fight. Before I sign off for today I just want to say this about Broony’s appeal.

It ‘may’ have been a rash challenge and a red card. But so too was Andy Halliday’s on Patrick Roberts amongst many other games which were all dealt with by way of a yellow card.

I don’t care if it’s 5 minutes in or 50 minutes into the game. We need fair play for the duration of the match.

Officials have a tough job and that is why they need to be better. This is why Celtic are challenging the quality of the officiating because it lacks consistency, honesty and integrity.