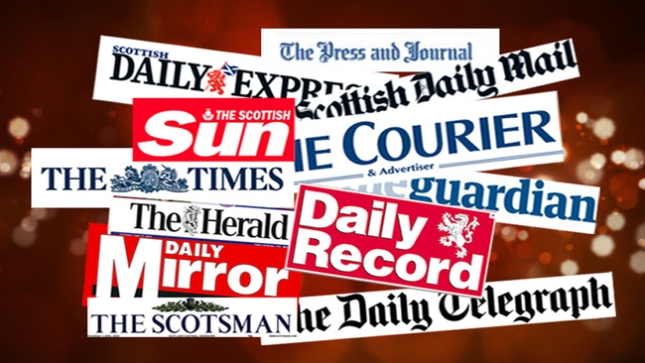 Football brings out the very best and the very worst in people. The dust is just settling another week or so of intolerable bile from a variety of areas in the game.

There are many factors in football that don’t exist in sports like athletics or tennis. You might see football as the sport of the working class and that isn’t far wrong, but it is also a sport for anyone of any race, gender or religion.

Supporters are a huge part of the game. Jock Stein famously said “football is nothing without fans.”

That isn’t just a credit to one of football’s legendary figures. It is also the truth.

Yet there are many in the world football who choose to disgrace themselves by behaving in such abhorrent ways. By doing so, they drag with them their fellow supporters, clubs, newspapers, broadcasters or even the good name of that country through the mud.

The media often take the critical and reactionary route for profitable reasons. Rumours get reported as fact and when neither of those are available, whatever serves the agenda best gets broadcast or published.

In the last couple of weeks we’ve seen Celtic secure the league title unbeaten. In the immediate aftermath, rather than choose to praise Celtic, Sky Sports’ resident Scottish football dick head, Neil “EBT” McCann, plumped for the “Celtic could lose Brendan Rodgers in the summer” declaration.

I mean, the guy just couldn’t help himself. Its bad enough that he’s a bitter wee prick that owes HMRC money, but he knows every time he speaks negatively about Celtic it is retaliatory.

Similarly you have other guys like Simon Jordan and Dietmar Hamann claiming Celtic woukd struggle in the English top flight. That Celtic would disappear down to the Championship after a brief spell.

Are these guys on drugs? Hamann I’ll ignore because he’s probably headed the ball too many times, but Jordan I won’t.

The former Crystal Palace owner also claimed Rangers were better than Celtic. I guess that’s what you can expect from a man who walks away from the club he owned after it goes into administration.

He has a lot in common with Oldco. Hr also sounds like he’s been hanging out with Adrian Durham.

Guys like Jordan are regularly beaten down by checking a few facts. Celtic are often placed on the top financial lists by experts which collates clubs operating well within their means and in Celtic’s case, credited that if in a bigger league they would flourish.

McCann got shut down with Brendan signing a contract keeping him at the club for the next four years with money to spend this summer. That was the perfect reply.

With McCann getting a lot of heat from the Celtic support, it is no wonder he’s taken up a temporary role at Dundee. I can’t imagine he’ll be performing any miracles there but it might keep him out of media spotlight for a wee while.

Speaking of which, I see Tom English was getting it tight for his jibe Tweets at Celtic fans. I don’t get Tom English.

One day he’ll write a fair account of a Celtic match. The next time he’ll omit anything that relates to the controversial, such are the ways things go at the BBC.

It isn’t just about Celtic though. Often it is worse.

Recently, Kelvin McKenzie savaged Everton and England defender Ross Barkley in his Sun column in the aftermath of an attack on the player in a Liverpool bar. The content of that column I won’t be quoting, but this piece of shit didn’t stop at unleashing upon Barkley in his column.

He continued to attack the good people of Liverpool. If you didn’t already know, it will come of no surprise to you that this guy was editor during the shameful reports by this paper at the time of Hillsborough.

In fact he is solely responsible for some of the most vile newspaper headlines in British history. He feels no remorse for these acts.

Now Liverpool and Everton stand together against this paper. The Sun is banned.

The timing of his article was an outright disgrace. It was the anniversary of the Hillsborough disaster last Saturday.

Speaking of anniversaries, we saw on that very same day Sevco fans holding aloft a banner praising former Oldco player, Sam English. It isn’t unusual to praise a former player on a significant anniversary such as this one especially with his goals to games ratio for the former Ibrox club.

On the 50th anniversary of his death (some days earlier), not something you hear about much amongst the Ibrox fraternity, you might expect to read something relevant to his career. Instead, the focal point of his death and association with Rangers was that “He was a proud young protestant”.

Was it really necessary to hone in on this? Talk about provoking a reaction.

You have to question why one man’s religion is relevant here. I think we know why.

History doesn’t place Protestantism atop of his epitaph. I think we know what might.

You could not find a trace of this story in the SMSM. You’d never be short of reading about anything similar happening at Celtic Park.

Still, this kind of behaviour is expected from some people. It doesn’t mean that when it happens you are any less shocked.

What is being done to address these issues though? The police were investigating the Kelvin MacKenzie’s article but the Sun are the ones who agreed to publish it.

He isn’t sorry and neither are the paper. If ever there was a reason for clubs to be tougher with the media it is this one.

Celtic should take note from what their fans have been telling them for years. With all of the tabloids.

The authorities are equally guilty. Particularly in Scotland.

The only thing to be introduced in Scottish football was the Offensive Behaviour at Football Act. A thoughtless, heavy handed piece of legislation that still fails to deal with issues in the Scottish game in a fair and just manner.

Can we expect much to change? No because that has to come from the clubs.

The game remains ugly and everyone is a particpant. That needsto change for the health of the sport.

Just so I don’t end the on a dismal note on a fine sunny day, I’d like to congratulate local club Brighton & Hove Albion on securing their promtionto the Premier League. It has been 34 years since the Sussex seaside clubhave played in England’s top flight.

They have a magnificent new stadium and a vibrant city status. I’m sure the big guns will be made to feel welcome in the place that I’ve come to know as ‘home’.

Still not forgiving you for selling us Adam Virgo though. Some scars never heal!

4 thoughts on “The ugly games”