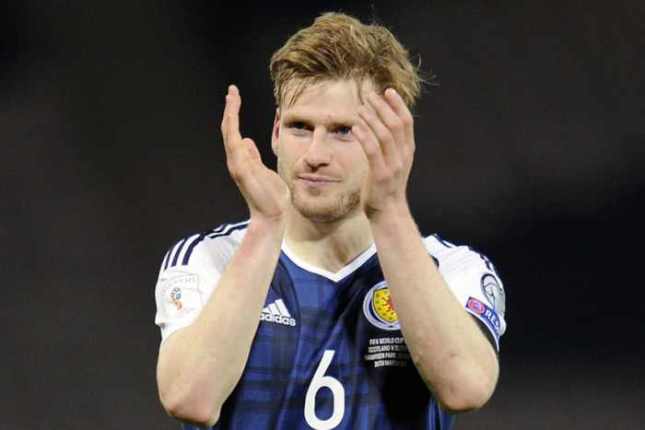 We’ve seen it many, many times in football. Players being played out of position as decided by the management team.

Before I go into this in detail, there are actually occasions when this is necessary. For the purposes of this article, that isn’t the case.

What is on the agenda are players who, if played in the right position, will help you to get the best results possible. Performances and scorelines that is.

The reason I brought this up was due to the sudden praise heaped upon Stuart Armstrong. Not for Celtic but for Scotland.

When Armstrong joined Celtic along with Gary Mackay-Steven, he came with the greater price tag. It was GMS that had the bigger impact though – in my opinion.

Armstrong was doing just fine, but he was out on the left hand side. Sure, he kicks with his left, but that was not his position from what I could see.

I never knew much about the guy from his United days. From watching him play for Celtic, I could tell he should be in the middle of the park.

However, he didn’t really get that chance in the 18 months under Ronny Deila. When Brendan Rodgers came to the club he was either listening to the voice of reason or saw for himself what he had at his disposal.

Perhaps with the arrival of Scott Sinclair it wad an easy decision. Neither Sinclair or Armstrong are the same type of player.

One belongs out wide and the other does not. We can all work that out for ourselves.

As I said earlier, this is a common occurrence in football and certainly at Celtic. Particularly with midfielders.

Stylian Petrov was famously played at right wing-back under John Barnes in his not so popular 4-2-2-2 formation. Maybe not the best example given JB didn’t last long.

Martin O’Neill used to play Petrov wide right on occasion in order to have his best eleven players on the park. In fact when he brought in Junhino he deployed the playmaker at right midfield much to the disappointment of the player and the supporters.

Scott Brown used to get slung out at right midfield under Gordon Strachan. Neil Lennon used to play Joe Ledley wide left much in the same way Armstrong was under Deila.

The thing is sometimes there’s a guy in your squad who is quite blatantly a central midfielder, but is being played elsewhere to little or no effect. Armstrong has had to wait for someone to see sense.

It doesn’t mean he’ll hold down the role forever, but it is finally evident to all that this is the position he belongs and excels in. Petrov and Brown of course got the chance to shine in central midfield as Armstrong now has, but guys like Junhino and to a certain extent, Ledley, spent most of their Celtic playing careers in wide areas when they should have been slap bang in the middle of the park.

I’m really pleased for Armstrong. He’s had a smashing season so far and has an influence in the midfield that could well see him wear the captains armband one day.

He’s taken his first step into the senior national team now with an impressive contribution. Be it Celtic or Scotland – Armstrong is a great player when played in the right position.