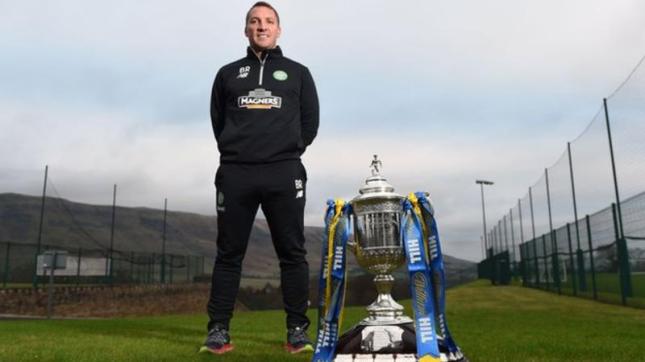 The media is currently awash with the changing face of world politics. And yet, there remains space for epic proportions of garbage to hit the headlines courtesy of the SMSM.
Celtic are the shining light in Scottish football. Not just on the park, but in terms of business as well though don’t expect your local rag to tell you that.

The array of businesman at Celtic over the years have been steering a steady course for over two decades. Despite an often disgruntled fan base, the board are to be applauded for the healthy position Celtic continue to operate in.

This week, we’ve all heard the ludicrous headlines about Barrie McKay’s £6M valuation and that RB Leipzig want him. Well, the latter could be true but former is the kind of story that reeks of the Moonbeam years.

Back then David Murray controlled the media. These days Murray is as dead as Rangers 1872 but there are still plenty of media representatives carrying out his work.

That is his legacy. A lying deceitful media.

This week Martin Hannan wrote in The National, an article which in part defended the media during the Murray era. I left a comment on that page stating that it was too late to justify the stance of the media be it bullying, readership loyalty or apparent cluelessness.

The media may not be under the same control these days but you don’t often see the Rangers 2012 getting a bad write up in the papers. In fact with guys like Keith Jackson and co at the Daily Record keeping up the good work it isn’t surprising.

Having said that one of Jackson’s colleagues (or is that former colleagues?), Alan Clark, wrote a piece on Peter Lawwell running Scottish football. This was after Stewart Gimlour’s outburst on Sportsound, which I don’t listen to.

No points for writing a back page article on a radio debate I’m afraid, Alan. Let’s talk about those Tweets of yours though.

Peter Lawwell may be a king pin in Scottish football, but as Chris Sutton himself said: if Peter has so much power over other club chairmen, what does that say about those men?

If it wasn’t for Celtic, Scottish football would be off the world football radar. In fact we’re only just about on it and that is largely down to Celtic and yes, Peter is a big part of that.

If another club in Scotland wishes to emerge from the flock and do something they are welcome. The trouble is no other club has taken the initiative so if you are looking for leadership then Peter is by far the best man in the game at business level.

Should his influence in the game be overpowering then it is up to the other clubs to challenge that. With a governing body like the SFA you need guys like Lawwell.

This weekend we see the return of top flight teams to the game. The Scottish Cup dominates the fixture list but Celtic don’t play until Sunday.

After a few weeks away, the importance is getting back to the sharpness seen earlier in the season. The players were looking tired toward the end of 2016 but a break in Dubai will have been a shot in the arm for Brendan Rodgers’ Bhoys.

Eoghan O’Connell and Kristofer Ajer have both gone out on loan until the end of the season having not really featured since the summer months. Kris Commons has returned from his Hibs loan and Scott Allan’s loan spell at Rotherham ended in December.

The question remains as to whether either of these players will feature in the remainder of the season. Commons is out of contract in the summer with no chance of a renewal but Allan is even more of an enigma.

They aren’t the only ones wondering where their Celtic futures lay though. They are part of a large squad that Rodgers inherited which must also reduce in size.

With just over a week left of the January transfer window left, I wouldn’t rule out further exits from Celtic. The club have also drafted in Ivorian youngster Kouassi Eboue from Krasnodar.

A relatively inexperienced midfielder, we may not see too much of him just yet. He is obviously earmarked for next seasons progess but bringing him in now is the smart move.

His arrival could well spell the end of other midfielders vying for a place, be that in January or the summer. The squad is bursting at the seams.

Someone we might see returning to first team matters against Albion Rovers is Kieran Tierney. His absence has been adequately covered by Emilio Izaguirre but it will be good to see KT back in the fold.

Tomorrow’s match is an important step for Brendan Rodgers. His aim is to bring a treble to Celtic for the first time since the Martin O’Neill era.

There have been plenty of missed chances for Celtic to do this. Perhaps it is only reserved for the truly great managers.