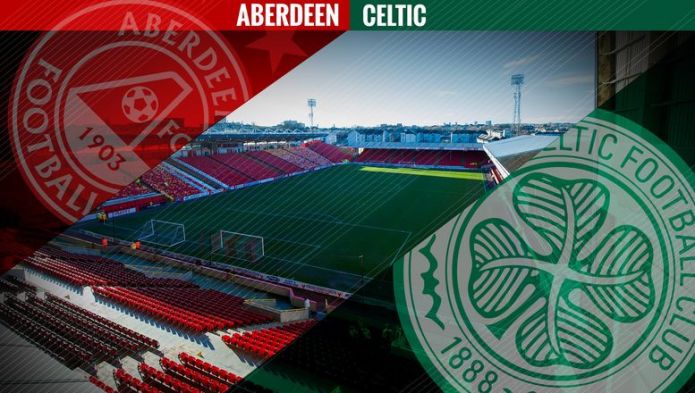 Celtic must dust themselves down and get their game face on for tonight’s match at Pittodrie. The treble might be gone but the double is still on.

Aberdeen will fancy kicking Celtic whilst they’re down and that’s no surprise as they look to close the gap on Celtic with home advantage in their corner. For Celtic it’s a case of reminding everyone – and I mean everyone – why they are top of the league and still the best team in the country.

Sunday’s disappointment has left many Celtic fans in no doubt that Ronny Deila is not the man to take the club forward. Once more talk of who should replace him is doing the rounds on virtually every Celtic blog but I won’t be going there I’m afraid.

I’m only interested in this group of players and this coaching team bringing silverware to Celtic Park this season. So really, the supporters should stick with them until things change and save your bile when and if required.

In terms of the title, tonight is a massive game for both teams. Aberdeen will be out to prove they can compete but for Celtic it is about showing character and bouncing back from a League Cup exit they had little control over.

Many will be watching to see how Ronny Deila and his players deal with Sunday’s disappointment. How his players respond is very much about how good they are as individuals and a team.

A few players have been added to the squad and a few out on loan but Ronny Deila also has a few injuries in the team. Overall 2016 has seen Celtic play better so it hasn’t all been doom and gloom.

We have to move on from Sunday and concentrate on what is still out there for Celtic. That means going to Pittodrie and dismantling Aberdeen the way we probably would have done to Ross County had Celtic not gone down to 10 men in the 13th minute.

A positive response is very much required here. A 9 point gap would Celtic recover a push on in the league.

Back the manager and back the team. Let’s focus on the rest of this season.